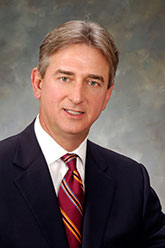 A leading insurance coverage practitioner whose name was well known in Louisiana and beyond, Ralph built Lugenbuhl’s Insurance Practice through the development of deep-rooted relationships, a strong work ethic, and his in-depth knowledge of insurance law. These traits, along with his genuine personality, earned him loyalty from clients and respect from the courts. His reputation was recognized by Judges who often appointed Ralph to serve as the Court’s Liaison Counsel to organize the insurance industry in complex litigation. As a founder and a patriarch, he also enjoyed the role of a mentor for many of Lugenbuhl’s brightest stars.

As a contributor to the industry, Ralph was a frequent lecturer and author. He was a co-author of The Louisiana Environmental Law Handbook (Lawyers Cooperative Publishing), contributed and was on the board of editors to various national publications. His professional accomplishments and accolades led to recognition by organizations such as Best Lawyers in America and Louisiana Super Lawyers for his outstanding work.

Ralph attended Louisiana State University in Baton Rouge, receiving a B.A. and M.A. (Russian History) in 1972 and 1974, respectively.  He graduated from the Tulane University School of Law in 1977, where he was a member of the Order of the Coif and the Tulane Law Review.

Throughout his career, he earned the best results possible for his clients helping them navigate the nuances of Louisiana law, all earning the praise of his clients, co-counsel, opponents and colleagues as a true gentlemen. His guidance and wisdom will be missed.

Due to Coronavirus restrictions, the burial will be private.

In lieu of flowers, contributions may be made to The Lewy Body Dementia Association at lbda.org, Charles E. Lugenbuhl Professorship in Law Endowed Fund at Tulane University School of Law or giving.tulane.edu, or St James Episcopal Church of Baton Rouge, P O Box 126, Baton Rouge, LA 70721 or stjamesbr.org