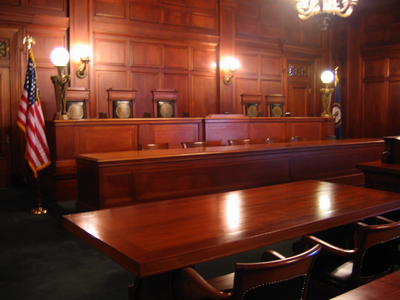 Recently, Judge Sim Lake in the Southern District of Texas, Houston Division, granted summary judgment disposing of the plaintiff’s contractual and extra-contractual claims asserted. In Lillian Smith v. Travelers Cas. Ins. Co. of America, H-16-1527, plaintiff Lillian Smith alleged that a lightning strike caused damage to the foundation and the air conditioning unit at her commercial property in Westhoff, Texas. The plaintiff reported the claim to Travelers on Sept. 5, 2013, and Travelers retained engineers to inspect the air conditioning unit and foundation. After speaking with the plaintiff several times in September and October, Travelers issued a letter denying coverage under the insurance policy’s first-party coverage on Nov. 13, 2013.

The plaintiff then retained her own engineer who examined the property on Dec. 2, 2014, and issued a report that concluded the damage to the air conditioning unit and the foundation resulted from the lightning strike. The plaintiff then filed suit on Jan. 25, 2016, asserting claims for breach of contract and violations of the Texas Insurance Code and Texas Deceptive Trade Practices Act (DTPA). Travelers moved for summary judgment asserting the statute of limitations barred all of the plaintiff’s claims, and the plaintiff responded that Travelers waived its limitations defense and that her causes of action fall within the limitations period because the accrual dates were tolled.

Causes of action for violation of the Texas Insurance Code and DTPA are subject to a two-year statute of limitations period. Travelers asserted the statute of limitations began to accrue on November 13, 2013 – the date it issued its denial of coverage letter. The plaintiff responded that the statute of limitations was tolled “because Travelers’ continued to investigate Plaintiff’s claim for several years after the purported November 13, 2013 denial date…” Citing long-standing case law, the Court determined that causes of action for breach of first-party insurance contract and violations of the DTPA and Insurance Code accrue on the date the insurer denies the insured’s claim. However, the insurance company may not “string an insured along without denying or paying a claim.”

Texas courts have held that some circumstances warrant tolling the accrual date, as found in Pena v. State Farm Lloyds, but such facts were not present in this case. Unlike Pena, the evidence before the court shows that the plaintiff never made a claim for additional damages, Travelers made no additional payments or reopened the claim and there was no evidence that otherwise indicated that Travelers changed its decision to deny coverage. Travelers expressly denied the plaintiff’s claim in its denial of coverage letter when it stated “we will be unable to provide coverage for your claim as the damages sustained are excluded in the policy.”

In August 2014, the plaintiff requested that Travelers reconsider the denial of coverage in light of the engineer’s report and pay $750,000, otherwise the plaintiff would file suit. Travelers responded on October 13, 2014, stating “while your letter does not contain any additional or different information which would cause Travelers to change its position in this matter, if you will provide me some dates that the property is available for inspection, we will hire a third party engineer to conduct an investigation…” On April 29, 2015, Travelers sent the plaintiff the report from its third engineer, which confirmed the previous findings that there was no coverage for the plaintiff’s alleged damage.

The court found any requests by the plaintiff to reinvestigate her claim and any subsequent review by Travelers have no effect on the statute of limitations, because Travelers did not alter its original decision to deny coverage. The court determined that even if it were to conclude that Travelers’ third engineer’s report constituted a formal denial, a second denial issued after the plaintiff’s request for reconsideration does not restart the limitations period. The court concluded, “because Travelers denied Plaintiff’s claim in its denial of coverage letter and because it never changed its position on the claim, the limitations period for all of Plaintiff’s causes of action accrued on November 13, 2013.” The plaintiff filed suit on Jan. 25, 2016, after the statute of limitations had elapsed on each of the plaintiff’s causes of action.