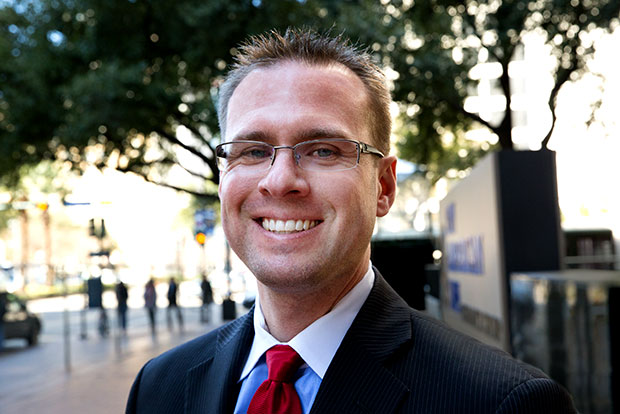 His positive communication, precision analysis, accessibility, responsiveness and intense litigation experience have led Seth to garner recognition from peers, courts and publications across the country as a leader in Louisiana and across the country in the insurance coverage arena.

View all by Seth A. Schmeeckle

Elected to Phi Beta Kappa after having earned a B.S. in Biochemistry and minors in Chemistry, Math, Psychology, and Zoology & Physiology in 1997, Seth’s undergraduate training developed his analytical and problem solving skills. Applying those skills during law school led Seth to earn a seat on the Louisiana Law Review from 1998-2000. Seth became a shareholder of the firm in 2006.

Seth’s practice areas focus on the representation and counseling of insurance companies in liability coverage and property coverage disputes in both Louisiana and Texas. He strives to provide his insurer clients with a focused and innovative solution to the most complex of issues. Seth has argued before the Louisiana Supreme Court, the United States Court of Appeals for the Fifth Circuit, the state appellate courts, and state and federal district courts on behalf of his insurer clients.

Throughout his career, Seth has guided insurers through their litigation concerning the validity of various exclusions in liability policies, provided pre-litigation counseling, developed both reservation-of-rights letters and cost-sharing agreements, litigated bad faith issues focused on demands for policy limits and the reasonability of settlements, and handled class actions. On occasion, Seth has been able to expand his coverage litigation into the admiralty realm.

Seth’s property coverage practice has spanned Hurricanes Katrina, Rita, Ike, Gustav, Isaac, Superstorm Sandy, and includes representation of NFIP insurers in addition to insurers not providing coverage for flood.  His work involves pre-litigation counseling, the taking of examinations under oath, counseling insurers during arson investigations, guiding insurers through the appraisal process as well as litigating both residential and commercial property losses. Included in his property coverage practice is the litigation of key coverage issues surrounding the viability of the water damage exclusion, overhead and profit issues, the meaning of “expenses incurred,” lack of coverage for fallen trees which caused no damage, valued policy law issues, the proper methodology for calculating business income losses both generally and those associated with the actions of civil authority, and bad faith claims.