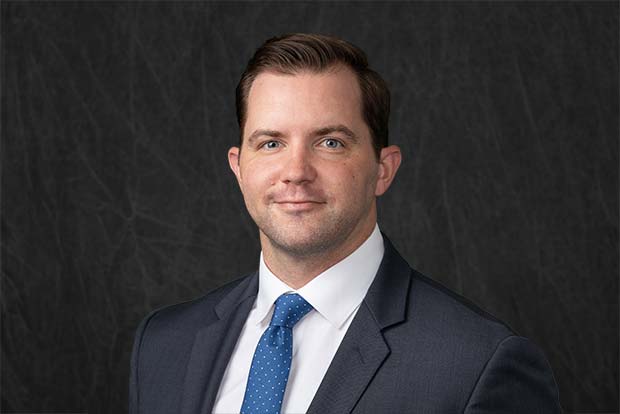 Jackson is an associate in the firm's New Orleans office, where he focuses primarily on commercial litigation and bankruptcy-related matters. Before he attended law school, Jackson served for ten years in the U.S. Marine Corps, and he brings the commitment and problem solving abilities that he learned in uniform to every case.

Jackson represents clients in commercial and corporate litigation, restructuring, creditors' rights, and bankruptcy-related matters. Originally hailing from Washington D.C., Jackson came to New Orleans to earn his bachelor's degree at Tulane University before spending nearly a decade as an officer in the U.S. Marine Corps.

During his time in uniform, Jackson completed multiple combat deployments to Afghanistan, as well as additional deployments to Europe, Latin America, and Africa. He was recognized by the Second Marine Division as its 2010 Platoon Commander of the Year, and participated in the evacuation of American citizens from the U.S. Embassy in Juba, South Sudan.

Returning to Tulane in 2015 to obtain his law degree, Jackson earned numerous honors in Tulane's Moot Court program, including winning Tulane's 2016 and 2017 Mock Trial Intraschool tournaments, a National Runner-Up title at the American Association of Justice's 2017 Student Trial Advocacy Competition, a Best Individual Advocate medal at the 2018 In Vino Veritas Mock Trial Competition, and the Moot Court program's 2018 Most Outstanding Coach award. While at Tulane, he also participated in the Domestic Violence Clinic as a student practitioner.

In his free time, Jackson volunteers with Catholic Charities of America as a pro-bono immigration attorney, and as a Court-Appointed Special Advocate in the New Orleans foster system. When not practicing law or volunteering, Jackson enjoys cooking with his wife Leigh, who he considers to be his far better half.