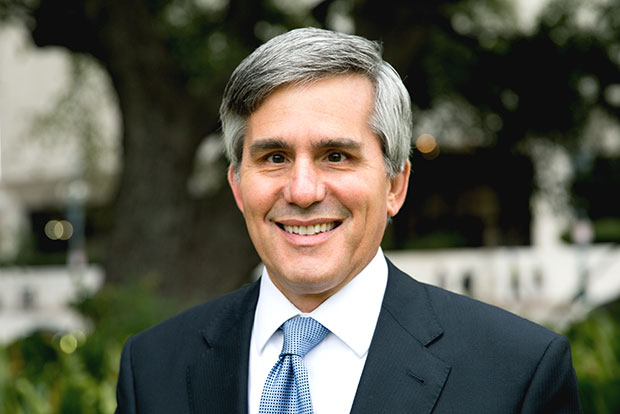 Lugenbuhl attorney Stanley Cohn has been selected as the Sugar Bowl Committee’s President for the 2016-17 year. Cohn is the 60th president of the organization and will oversee the 84th annual playing of the Allstate Sugar Bowl Football Classic on January 1, 2018 as well as the bowl’s annual slate of more than 50 other events throughout the year. He has been a member of the Sugar Bowl Committee since 1998.

A native of Union Springs, Ala., Cohn is a two-time graduate of Tulane University. He earned his bachelor of arts from Tulane in 1978 and his juris doctor from Tulane Law School in 1981. Cohn joined Lugenbuhl as a shareholder in 1986.

“Like so many children growing up in rural Alabama, I developed a passion for college football early in my life,” Cohn said. “After coming to New Orleans as an 18-year old Tulane freshman, it was natural for me to gravitate during my post-graduate life to a civic organization like the Sugar Bowl which supports our local community in so many ways and hosts a major college football bowl game each year. My goals are to maintain the Sugar Bowl’s status as a highly regarded New Year’s Six bowl and position the organization to successfully maneuver the challenges which lie ahead due to the constantly changing college football landscape.”

Since his election to the Sugar Bowl Committee in 1998, Cohn has served on a wide-range of committees, including several years on the bowl’s Executive Committee and chairing the bowl’s Team Liaison, Conference Liaison, Player’s Liaison, Swimming and National Football Foundation committees. In 2010, he was recognized by the National Football Foundation as a national chapter leader. Additionally, Cohn has served as a Sugar Bowl officer the past four years.

The Sugar Bowl Committee was founded as the New Orleans Mid-Winter Sports Association in 1934 for the purpose of promoting amateur sporting events that would stimulate tourism and have a positive economic effect on the New Orleans metropolitan area. Over the last decade, the Sugar Bowl has had an economic impact of over $2.5 billion for the city and state.

At Lugenbuhl, Cohn specializes in the areas of maritime, energy, oilfield and commercial litigation, as well as condominium law and business litigation. Visit his online profile to read more about his extensive career and notable litigation experience, or check out his features on The Advocate and Nola.com.