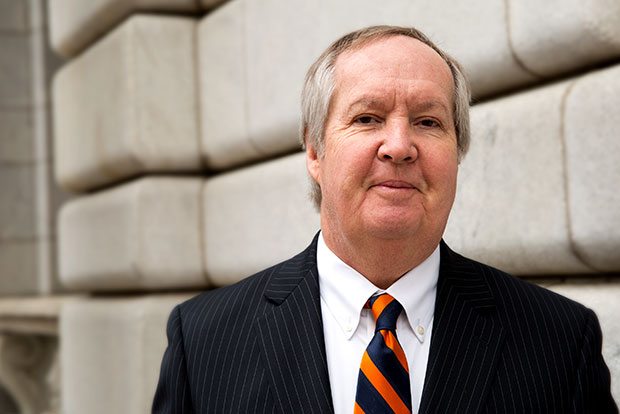 With more than 40 years of experience in multiple legal areas, Stewart handles various business-related litigation and transactional matters. He has handled over 80 reported cases, major business transactions, and complex Chapter 11 reorganizations, either as lead debtor’s counsel or UCC counsel.

View all by Stewart F. Peck

From our New Orleans office, Stewart focuses on bankruptcy, restructuring, and creditors’ rights; admiralty and maritime; marine finance and vessel documentation; asset-based finance; litigation, corporate and commercial law; and oil and gas. Stewart is listed as one of the Top 50 Lawyers in the State of Louisiana by Super Lawyers and is ranked in Chambers and Partners.

Stewart has been lead trial and appellate counsel in over 80 reported cases in the federal and state courts. He is listed in Best Lawyers in America, Best Lawyers in New Orleans, Louisiana Super Lawyers, and Chambers USA. He has participated in oral argument before the United States Court of Appeals for the Fifth Circuit 19 times, as well as before the United States Court of Appeals for the Fourth Circuit, the Louisiana Supreme Court, and the Louisiana Courts of Appeal. He is either presently acting or has previously acted as debtor’s lead counsel or creditors’ counsel in a number of Chapter 11 bankruptcies involving companies operating in and outside of the Gulf Coast region. These cases include a number of relatively large reorganizations, including Torch Offshore, Inc., Bender Shipbuilding & Repair Co., Inc., Gulf Fleet Holdings, Inc., Trico Marine Services, Inc., Force Energy, Inc., and Borders Group, Inc. Stewart has also handled significant marine finance transactions, as well as substantial mergers and acquisitions. He acts as general counsel to a number of regional businesses in providing counsel and his legal expertise.